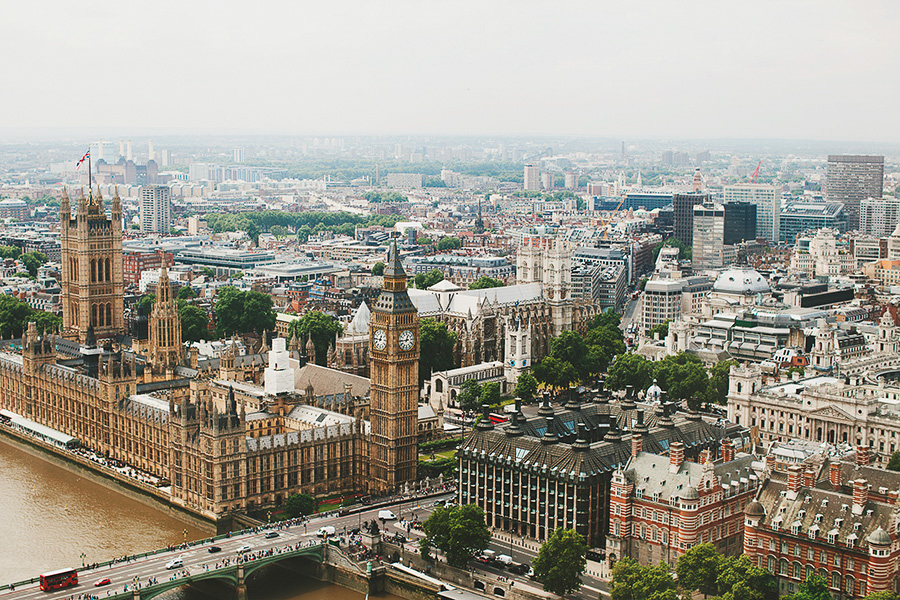 I don't know if it's because of the British accent, delicious food, stunning architecture, charming brick lanes or enormous shopping malls, but I just love London. the people are extremely friendly, communication is (unlike in Paris) not a problem at all and the overall atmosphere and impression of the city make me feel very, very welcome indeed.

the palace is such a royal view! even though I've only seen the outside, I'd love to take a tour inside as well. be sure to see when the changing of the Guard take place because I only got a glimpse of it from the roof of the sightseeing bus and it was such a pity I didn't see everything. please, don't make the same mistake as me.

‍it was our we-are-finally-eighteen-let's-travel-together-trip and it was truly a memorable trip. recommended if you've never travelled with anyone but your parents before.

I must admit I have not yet tasted the famous "fish and chips" breakfast, but I have discovered the best pizza in the world. Garfunkel's is a nice restaurant located in Oxford street (near the Oxford Circus tube station) where they serve a pizza called American Hot. it costs approximately 9 British pounds so if you're into spicy food: do yourself a favour and taste it. there's seriously nothing that can be compared.

‍I swear you're not going to regret experiencing the city by night. it's such a gorgeous view! I had my eyes set on London Eye, Bigben and Tower Bridge, and I'm really greatful that my friends came along to see the enlightened city with me because the view should indeed be shared with the people you love. we even got a handful of really good shoots, and when looking back, these are actually the ones I like and appreciate the most. it may be a little cold so be sure to bring a jacket just in case because it would be such a shame if you were so unfortunate to miss the view because of the temperature.

‍the wheel can be found close to Bigben and Westminster Abbey by the river Thames, and the 30 minutes long tour offers a spectacular view of London. be sure to take the trip on a sunny day (when there's no fog), and you'll be able to see as far as the eye can see. if you have time to take the trip when the night falls, DO IT! I had already made other plans when I figured out you could experience the same view by night (on fridays), and it was such a downer because the city looks even more beautiful by night. if I remember correctly, I payed 19,00 British pounds for my ticket to the top.

‍I visited the Madame Tussaud back in 2011, and I must say I admire the craftsmanship. it was A LOT of people though..sometimes I had to push my way through the crowd in order to actually see something. I guess the enourmos crowd kind of ruined the experience for me becaseut I didn't found this attraction as exciting as the others, but I bet I would've felt differently if I visited the place at another time of the year. we had of coursed picked the date when the holidays had just started...

the original plan was to visit Camden market but we somehow ended up at the Apple market in Covent garden instead. I would recommend everyone to visit whatever market they do find because they're all so charming, and there's people everywhere selling handmade and unique pieces and things. I don't think we have anything like that in Norway.

‍"The Lion King" musical bought back the memories of my childhood, and I couldn't help but sing along. it was a fantastic show, and the costumes were really wow. so take the tube to Covent Garden and let yourself be amazed by the talented children's and adult's performances! I payed 39 British pounds for the entertaining musical, but the price may vary depending on which day you want to see the show. I don't think it was the cheapest ticket, but definitely not the most expensive either.the "WE WILL ROCK YOU" musical, based on songs by the band Queens, was simply incredible! the dancers/actors/singers/entertainers did an amazing job, and I was stunned by their performance! you don't neccassarily need to be a fan of Queen's music (I don't and I don't blame you) because the show itself is just THAT good. unfortunately, I can't remember the price of the ticket, but the place itself is easy to find as it is located somewhere in the middle of Oxford Street. the big logo is pretty hard to miss!

I guess Oxford street is a shopaholic's paradise. there's all kind of stores selling clothes, shoes, make-up and whatever you're looking for so I couldn't really have asked for anything more. my favourite shops were Urban Outfitters(!!!), Forever21, River Island, Topshop and Primark, but there's of course hundreds of other stores to fall in love with. I don't think it matters how much money you've saved up because you'll end up broke at the end of the day anyway. next time I want to get lost at one of London's vintage markets, and of course explore other hidden shops. when it comes to shopping, London's definitely the right place.

‍when you sit on top of the roof and look around, there's nothing but 360degrees of beauty surrounding you. the bus stops by the most popular tourist attractions, and the smart jump on/off ticket make it easy to visit several attractions during one day. I payed 29 British punds for my bus ticket, but I think the price may vary a little depending on the bus company. I know a lot of people do this trip but though you're surrounded by tourists I truly understand why people enjoy it.

‍THE highlight of the trip and definitely the ultimate dream destination for every Harry Potter fan. I got to see the Great Hall, Hermione's Yule Ball dress, Diagon Alley, Dolores Umbridge's rules, Dobby and so much more. the model of the Hogwarts castle is incredible and it's probably the closest you'll ever be to the castle. there was also an enormous gift shop where you could buy a wand, Bertie Bott's every flavour beans, the Marauders map and several other props. I will try not to reveal everything for you because you should indeed go and experience the magic for yourself! "Warner Bros. Studio Tour London - The making of Harry Potter" is located an hour outside of London, and the cheapest way to get there is probably to take the train to Watford Junction train station, and then take the Harry Potter bus (stationed right outside the train station) to the studio. The bus ticket costed me 2pounds (cash), and the studio tour itself was 29 British pounds. I can not wish you anything but a magically trip! this will not be a disappointment.

Westminster Abbeythe extremely gorgeous church. I'm not religious or anything but I'm simply drawn to tall buildings and detailed architecture. I haven't had the chance to go on the inside yet though the outside is more than stunning. next time I'll hopefully be staring up at the high ceiling and think about how amazing the piece of art really is (because yes there will be a next time).